About the Synod & ELCA 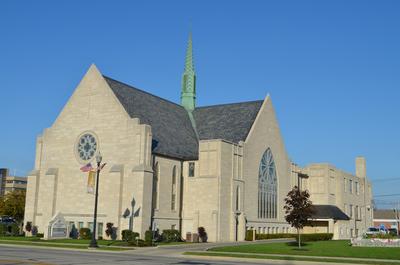 As a part of the Central Conference in Northwestern Synod of Ohio, a region of the Evangelical Lutheran Church of America (ELCA), First Lutheran Church is one of 165 ELCA churches in Northwest Ohio. The First Evangelical Lutheran Church in Findlay has a great history of service and accomplishment in God's service. In the days and years to come we will, with God's help, continue to serve the community of Findlay in whatever manner possible. It is our prayer that we shall continue to hold open history's doors so that the generations following may know the love of God in Jesus Christ. 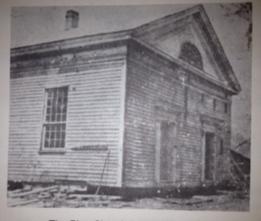 Since that founding day on September 19, 1846, First Lutheran has enjoyed a history of growth. Served by faithful pastors, time's pages have fluttered past. In February of 1881, Frank Kwis, a small boy in Sunday School, gave the pastor ten cents toward the building of a new church on lots purchased on Findlay's Main Street. A new building was erected at S. Main and E. Lincoln in 1881-82. Several additions allowed the building to grow with its people until the early 1950's, when an entirely new edifice (which we now enjoy) rose over the razed ruins of the old.

A Brief History of the First Evangelical Lutheran Church of Findlay, Ohio

The historical doors of First Lutheran Church were opened with the first pioneers to the "wilderness" of Northwestern Ohio. As early as 1839, German Lutheran pastors served the settlers. Slowly the fledgling Findlay community grew, and with it the Lutheran population. Finally, in 1846, at a meeting in the Findlay Courthouse, the Evangelical Lutheran Congregation of Findlay was formed. One year later the congregation assembled in its new building for worship at the northwest corner of S. Cory and W. Crawford. 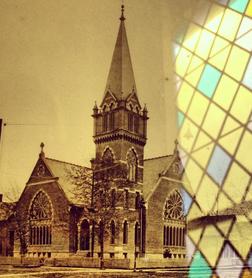